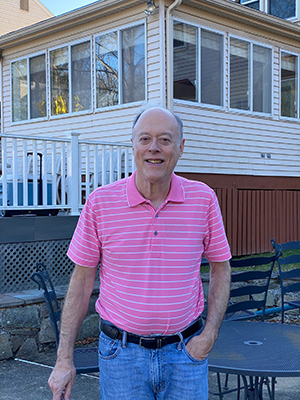 William Pegram received an AB in 1973 and an MBA in 1977, both from Stanford University, and PhD in Social Science (microeconomics, political science, and econometrics) from the California Institute of Technology in 1989.

He worked for 16 years as an applied microeconomist for the Environmental Protection Agency, the Congressional Budget Office, the Jet Propulsion Laboratory (for NASA Space Station Headquarters), Lexecon, the Federal Trade Commission, and the Office of the Secretary of Defense. He is the author of "The Photovoltaics Commercialization Program" and co-author of "The Structure of the Case Studies," both in Linda R. Cohen and Roger G. Noll, The Technology Pork Barrel, Brookings Institution, 1991.

He is currently an adjunct associate professor at Northern Virginia Community College where he has taught since 2000 in the credit program and from time to time in the non-credit/workforce development programs. His courses include web design and web development, software tools (Dreamweaver, Flash/Animate, Photoshop, Premiere Pro, Microsoft Office), and programming. He has also taught in the credit programs at George Mason University and Marymount College, and the non-credit/workforce development programs of George Mason University, Georgetown University, and the USDA Graduate School. He and others developed two web applications for the Annandale Christian Community for Action (ACCA) and he has maintained the websites for several organizations.

On the athletic side, he ran the Marine Corps Marathon three times and played squash for 20 years before switching to badminton. He has been a volunteer driver for the Citi Open tennis tournament the last four years.